It started out fine this morning and we went out for a walk in the gardens but it clouded over and started to rain so we returned to the hotel.

The NSB train left at 1242. Not expecting much from NSB, we brought some food and drink with us. At 1240 there was a message. “There is no food or drink on this train. If you want something you will have to buy it here before we leave."  Mad exodus from train. Maybe this was why we left 2 minutes late.  1242 seems to be a magic time for Goteborg station there are four trains leaving all at this time - long distance trains to Oslo, Stockholm and Copenhagen as well as a local.

The scenery was the best we have so far had in Sweden. Pleasant winding rivers with hills in the background and farmsteads. As soon as we crossed into Norway they attached another train ahead of ours - they had a large number of school kids to accommodate. They just backed the train right into us without stopping first then gently easing in.   Definitely against the rules in most railways and a pretty rough shunt.
Lots of forest products industries in this part of Norway and there were good views of Oslo fjord as we approached the capital.  In Norway the train became an all stations stopper.

We arrived in Oslo on time and found that much of the station, indeed the city, area is being rebuilt. The hotel is very close to the station. Basic but it will do.

We checked in with the Tourist office and have bought some transit passes. Then we walked over to the amazing Opera house. The roof is different planes and is enormous. Very impressive. 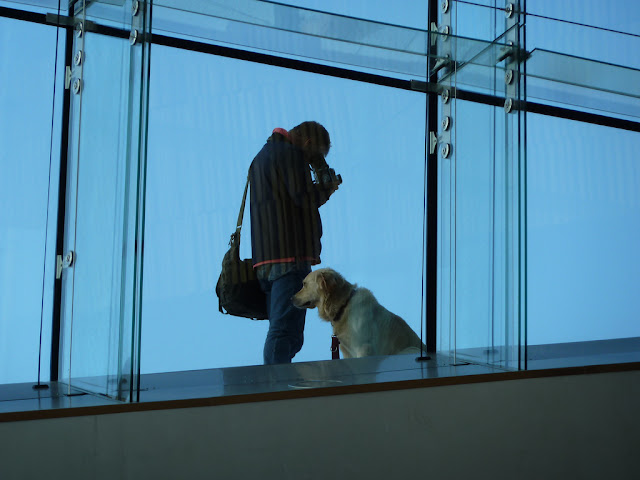 Posted by Colin Churcher at 2:25 AM