We spent the day wandering around Kalmar.  The main reason for coming here is the castle which is notable by its completeness.  It has had its share of battles but nobody has tried to knock it down in the last few hundred years.  It is the seat of Swedish royalty.

The walk to the castle was very pleasant and we took or time.  There was a gaggle of two geese with four young cropping the grass in the park.  One of the parents kept a very close eye on us and if we got too close it would hiss menacingly. 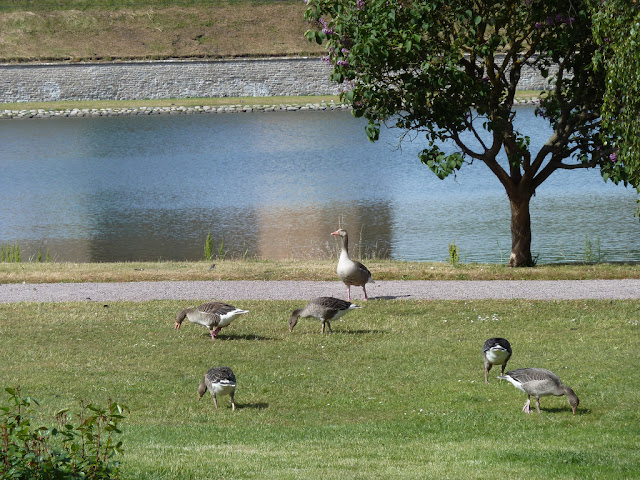 This whole area was full of water birds, ducks geese, including Canada geese, swans and many gulls.  In addition we watched the antics of the wagtails and the swallows. 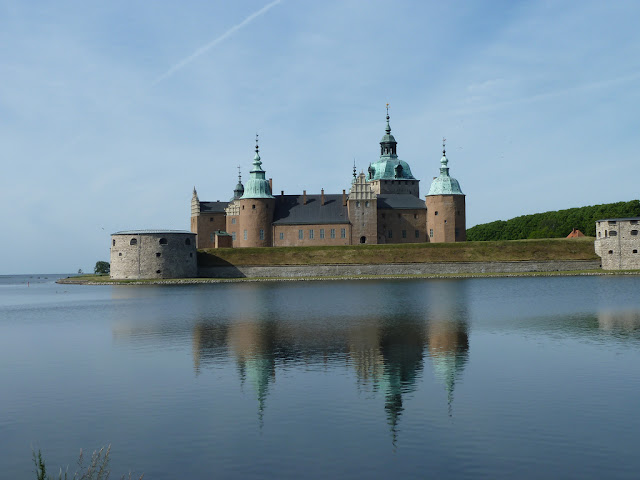 The castle is approached through a very well maintained public park.  It is certainly complete but there is only one piece of furniture - the queen's bed.  There are a large number of rooms which are identified - kitchen etc. but there has been no attempt to bring it to life with period furniture, implements or life sized figures.  Some rooms are devoted to temporary exhibitions, Jorn Bjorg and a lady who does exquisite work with designs she cuts from paper, but the whole place is dead.  An amazing contrast to the village and railway museum at Odense.  Even the self guided tour pamphlet was difficult to follow with some numbers used twice and the progression difficult to ascertain - it would have been easy enough to number the rooms and use these numbers on the guide.

The banquet hall had a table laden with simulations of the dished that would have been served and this was good.  I am not sure I would have wanted to have my meal with a dead, stuffed swan and peacock on the dining room table. 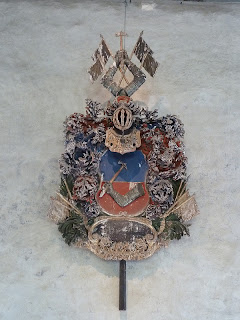 After visiting the castle we walked through the original town, Gamla Stan, which was moved to the new site.
After a quick snack we finished off the self guided tour of the town.
lick below to see a slideshow of all the pictures from Kalmar