We had intended to take the 0930 train but were ready for the 0900 so we caught that instead. These trains are ten-year old and come in 4, 6 and possibly more formations. The one we were in had a diesel engine but others I saw had electric as well.  This provides a lot of flexibility and although they are getting old the interiors are looking good.   The first class section had free refreshments and a light breakfast if we needed it.  The trains have free wi-fi. There is a definite advantage in using first class - lots of room, refreshments, no tourist groups milling around. We had to check that the seats were not reserved for the portion of the journey that we are taking. As is was we had the entire five-seat silent section to ourselves.

The sky was sunny and bright although there was a heavy rain warning in effect.  There were poppies along the sides of the wheat fields and dog roses in the hedgerows where a couple of pheasants were to be seen - as well as a couple of thatched cottages.

The crossing from Zealand into Funen is first through a 8 km tunnel.  The railway then surfaces at an island in the centre of the channel and then runs alongside the highway on a 6.6 km bridge.

We quickly arrived at Odense and found the hotel very conveniently situated close to the station.  Check in was easy and the room is very comfortable.
The man at the tourist office was very helpful and suggested what we should be seeing in the next day or so.  He also steered us to a restaurant which served open faced sandwiches as well as a full brunch.
Around midday it began to rain and the wind got up.  I went to take a look at the railway museum which is in a roundhouse next to the station.  There are 19 stalls open to the public and nearly as many again presumably for workshops and warehousing.  The public display is excellent.  There is good access to the exhibits which have been brought to life by the use of a very large number of full sized figures in period costume.  It is not just a passenger car but it is at a station, with people getting in and others seeing them off, train staff in the cars, on the engine and doing all the jobs that have now been largely forgotten or eliminated. 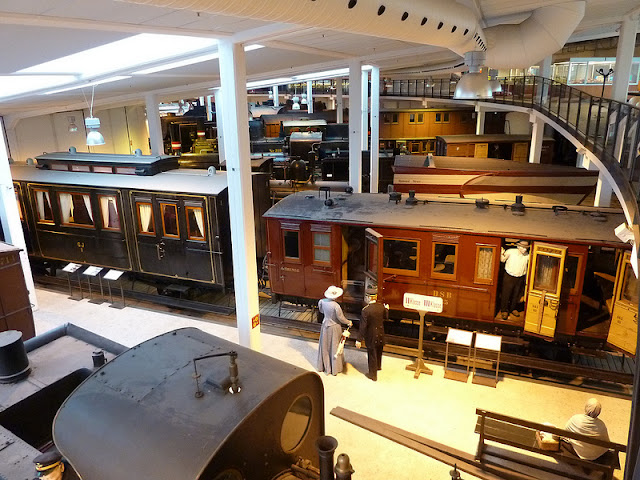 I was interested to see a locomotive with two fire doors - needed to fire a wide firebox.  One of the express passenger locomotives had a couple of steps down from the running plate so the crew can presumably look at the running gear on the road.  The finish on the exhibits is first rate, no amateur job here.

It rained heavily while I was in the museum and when I came out I visited the adjacent bus station (how about that for integration Ottawa?)  A bus employee was giving out free rain capes.


Although the clouds were threatening we went out for a stroll around the old houses in the town centre.  A mother duck had got about 6 ducklings settled down to sleep on the grass and a moorhen was trying to do the same with her three.
The buildings in the old town are very old and very attractive. 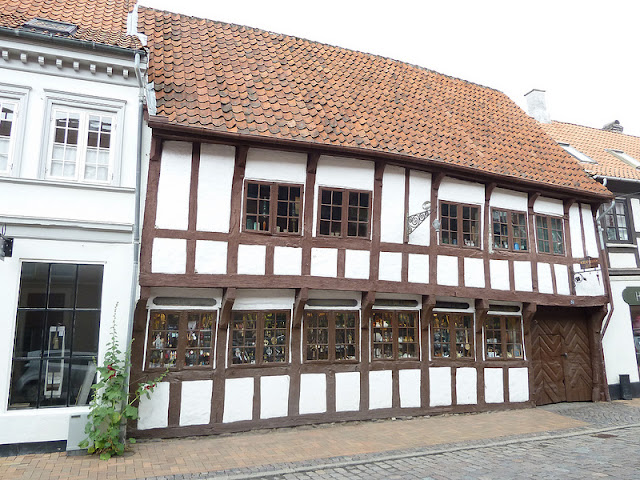 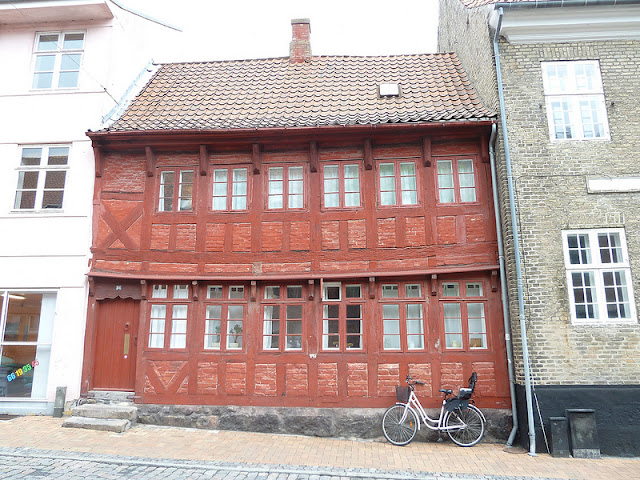 There is a couple of streets with small cottages, some of which had mirrors, similar to vehicle wing mirrors mounted on the second storey windows so they could see down both ends of the street.  At the HC Andersen museum a mother duck was trying to get about 12 really small ones out of the water and ready to sleep. 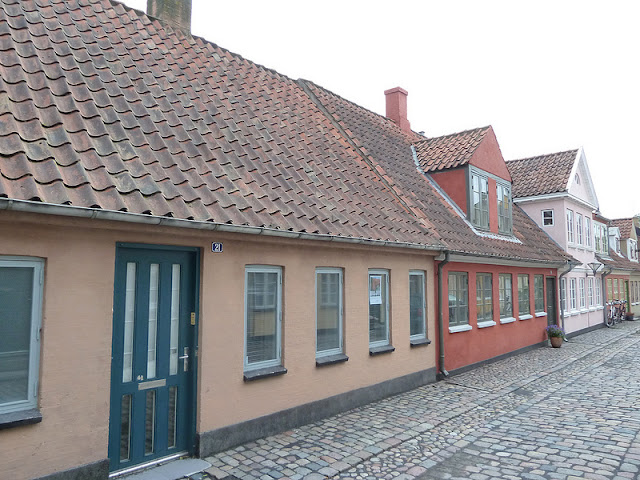 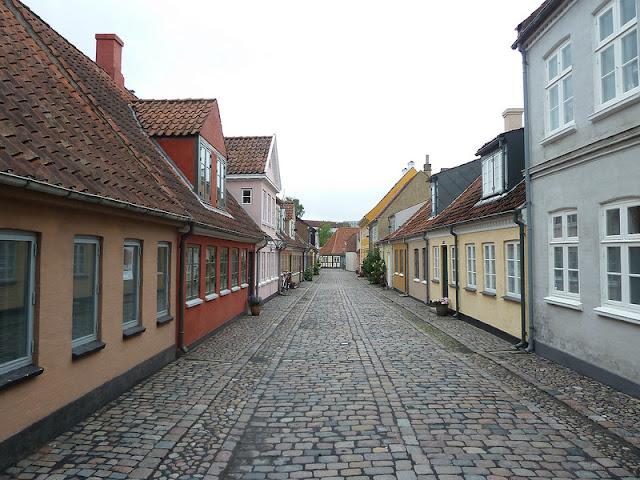 We looked around for a suitable restaurant and finally found a buffet which wasn't too bad.  The vegetables and salad were fine especially the five types of potato (baked, fried, roast, scalloped potato and chips) but the beef was a little tough although the turkey breast was fine.  The local beer was excellent.  On the way back the mother duck had taken her charges away under cover.  I was forced to use my free rain cape from the bus company - seems it is one use only.
Posted by Colin Churcher at 3:22 AM