The hotel directory reads in part, "This part of Vesterboro has always been very colourful, and the red light district on Istedgade, from the central train station up to the crossing at Gasvaerksvej, is not entirely suitable for children or sensitive temperaments.  Hotel Guldsmeden cooperated with a number of organizations who address these issues, and work to improve living conditions for the socially challenged, and to prevent human trafficking.  From Gasvaerksvej and up, Istedgade is however, one of te most fun and original shopping streets in out neighbourhood!

Some of the buildings in this area are beautiful and the hotel across the street has the date 1787 on it.  The brick and tilework is exquisite. 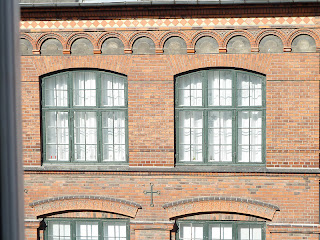 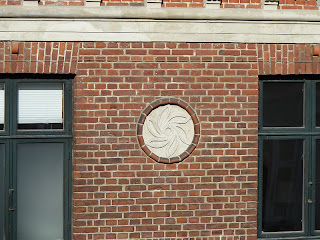 We found the Carling Glyptotek didn't open until 1100 so walked across town to the Royal Gardens where we used the royal conveniences.

Kids were playing rounders in the park.  It's similar to baseball but several runners may be at the same base at the same time. There were several other types of games played including petanque and croquet.

We had great difficulty in finding the entrance to the botanical gardens but enjoyed walking around until we were told they were closed so we would have to go out the way we got in. 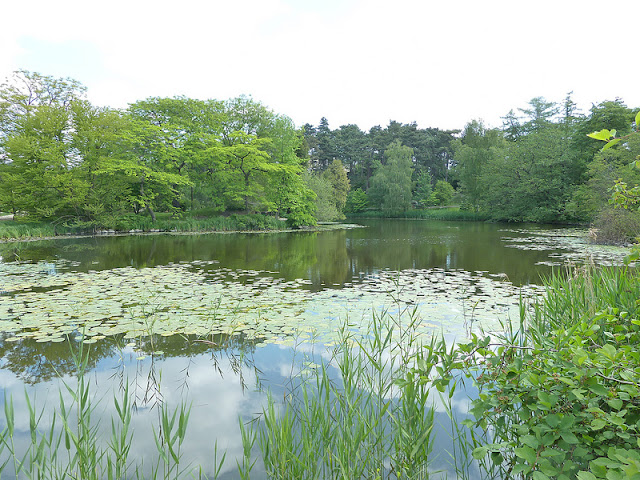 At least the Kunst museum was open and we found the exhibits interesting. However the French impressionists were third rate while the Danish pictures were excellent. 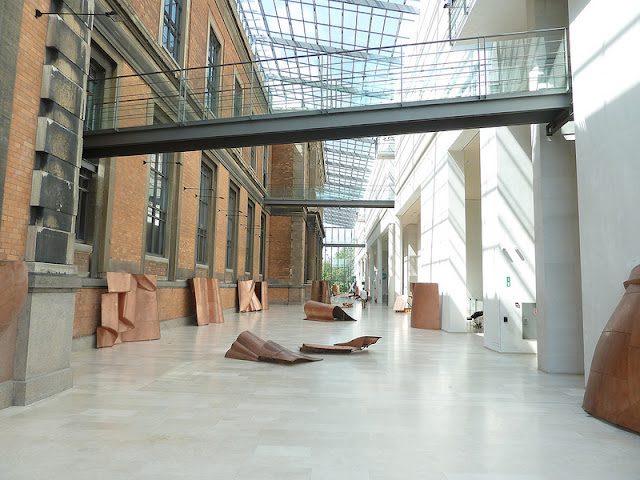 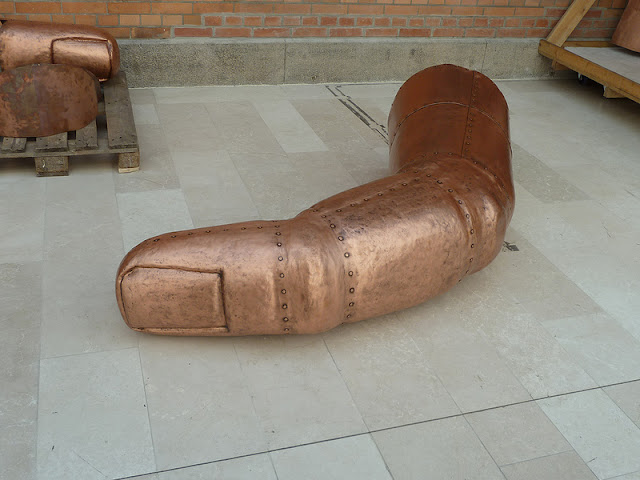 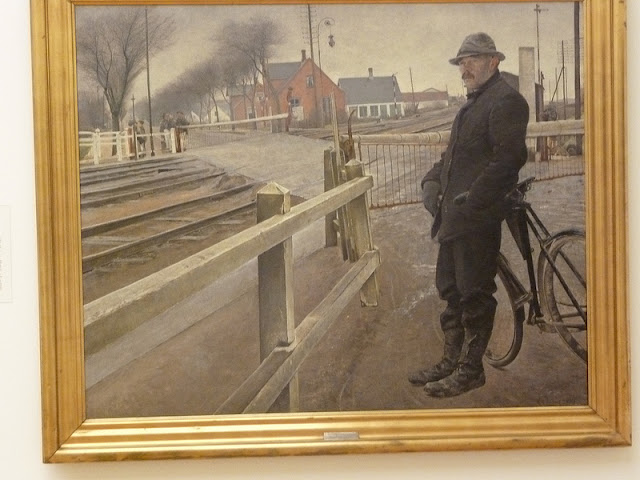 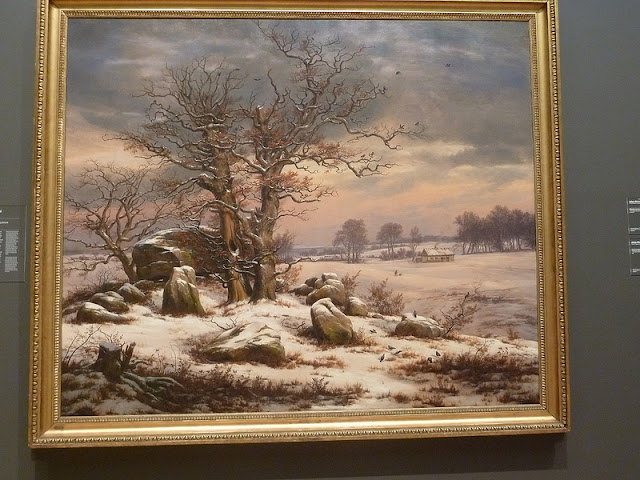 Lunch at the museum was two types of pickled herring which came with a container of dripping.  It was pretty good without the dripping (bacon fat) and very filling.  We both felt that the pickled herring at Le Grand Colbert in Paris is superior as this was somewhat sweet.

After lunch we walked around the park just outside the museum and a quick look at the map showed that we were very close to Osterport, the station we used yesterday so we took the S-tog back to Central station.

Tivoli Gardens is a must see for any visitor to Copenhagen.  It is one of the oldest amusement parks but still manages to provide a lot of fun for everybody and draws in the crowds.  It is right next to Central Station and many people must use public transit to get there although there were bikes piled up everywhere.

There is something for everyone from fine dining to fish and chips and hot dogs, sugar candy etc.  Beer is readily available at 15 kroner a (plastic) glass. 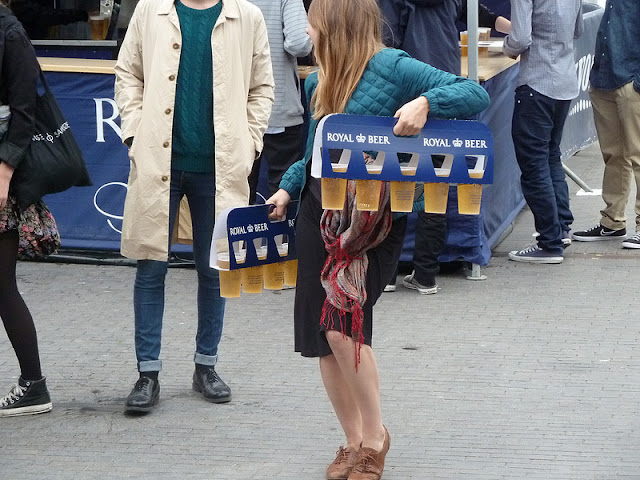 If you buy 5 glasses of beer you get a handy carry carton.
The place is very well kept and the gardens are pleasant in themselves.

There were peacocks, including albinos as well as Muscovy ducks wandering around, especially where popcorn was being sold.  Some chocolate headed terns were also flying around.  They were banded so maybe they were meant to be there.  A stolid ballet performance of Ravel's Bolero kept people interested. There was a rock concert performance later and the crowds were getting very heavy when we left.

Posted by Colin Churcher at 6:00 AM