September 15 Fly to Frankfurt then by rail to Bern

The plane wasn't too bad and as luck would have it we were first off the bus into Frankfurt terminal.  With no checked bags we were through customs formalities in under five minutes.  It took a few minutes to validate our Eurail passes but there was plenty of time to catch the earlier train to Mannheim.  This was a very full high speed train.
At Mannheim there was time to take a look at the trams in front of the station and we managed to talk our way into the first class lounge.  I just walked in, showed the Eurail pass and looked dumb.

The high speed train to Basel was very comfortable and we both had naps.  It wasn't very full but when we got on I had to make it clear to a lady that we had reserved our seats so she left.

We were in good time so we decided to get out at Liestal and take a ride to Waldenburg and back.  This is a run up a narrow valley on a 75 cm gauge electric tramway.  For much of the way we were running alongside a road and a stream.  Very pleasant.  The sun was shining brightly and it showed off the flowers to their best.  At one place there were a lot of pumpkins both growing and harvested.  They had many different colours from orange through yellow to a deep red.  Being Saturday, the kids were out at the riding stables practicing their jumping etc. 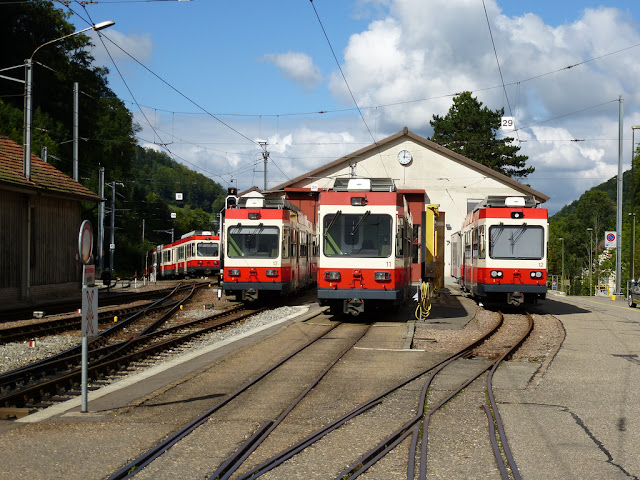 The train from Liestal to Bern was an extremely comfortable double decker.  There was a large army group presumably going for their annual refresher.

It took a little longer to find the hotel than I expected because it is so close to the station entrance, just outside the glassed over tram stop.  Breakfast starts at 0630 every day and we will have plenty of time to make our trains leaving at 0800.  There were some comments that the hotel was noisy - probably because of the church bells.
A visit to the Orange mobile phone store in Rail City fitted me out for a data plan and we then walked along the old town for rosti and beer. 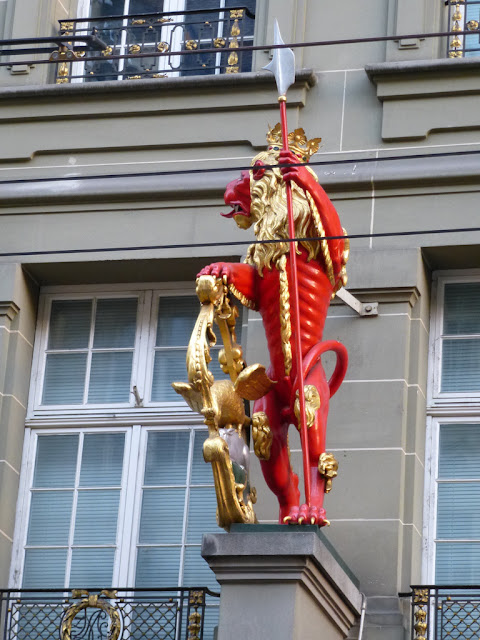 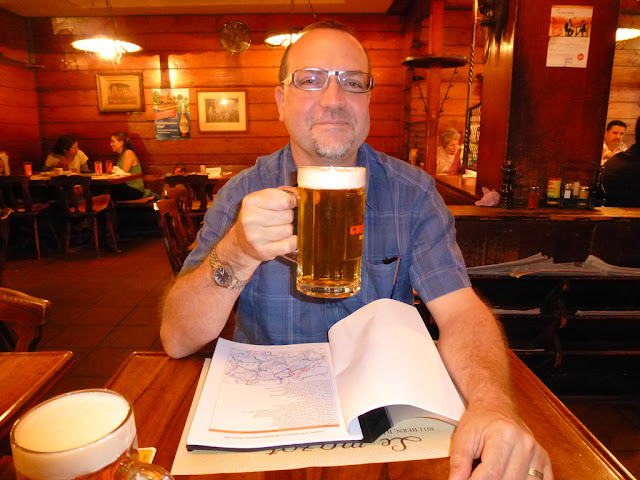 Posted by Colin Churcher at 2:31 PM