Friday 21 December - The Fountains of Paris

For the inauguration of tramway T3b the City of Paris commissioned five water fountains from Pascale Marthine Tayou.  These have been placed on the sidewalks close to the Porte de Montreuil tram stop.  They are called "Poings (fists) d'eau") because the water spout is in the form of a casting of the artist's right arm and fist.  We went out and were able to find them although they were not all in the position shown by the City in their exhibition pamphlet.


One presses the button and water comes out of the clenched fist.  None of them were working when we saw them.

I decided to go on to Porte de Charenton to take a look at the TGV sidings that Denis Desmarais always talks about.  As usual they were chock a block with TGVs of all types, including a Postal Train. 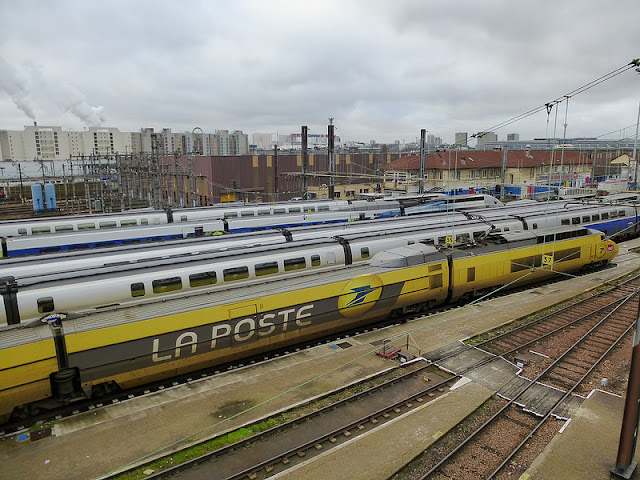