Another very hot day again today.  With the morning to spare we took the Loop to Michigan and walked along the Magnificent Mile with its high end shops.  It has been compared to the Champs Elysees but we thought it better.  The Champs Elysees has similar stores but it is far more commercialized and tacky.  We tried to get back to the Loop on the Red Line subway but no train appeared and after 20 minutes we aborted the effort and caught a bus back.  Millennium Park was very busy in spite of the heat.  The magnificent stage created by Frank Gery is very impressive.  It looks similar to his Guggenheim Museum in Bilbao.  Stunning architecture, presumably in the same titanium finish.  The Bean drew a large crowd. 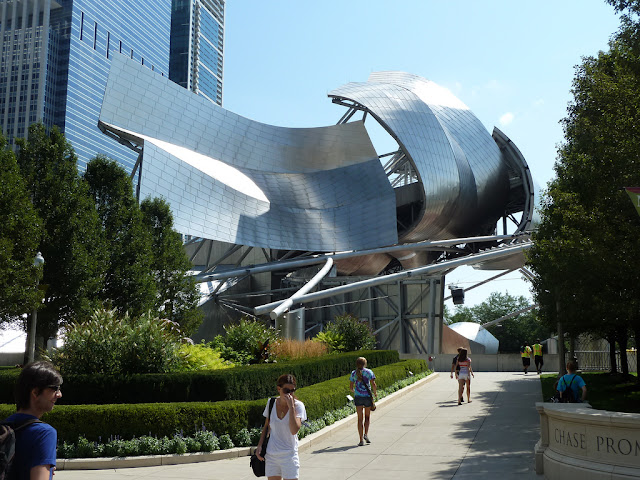 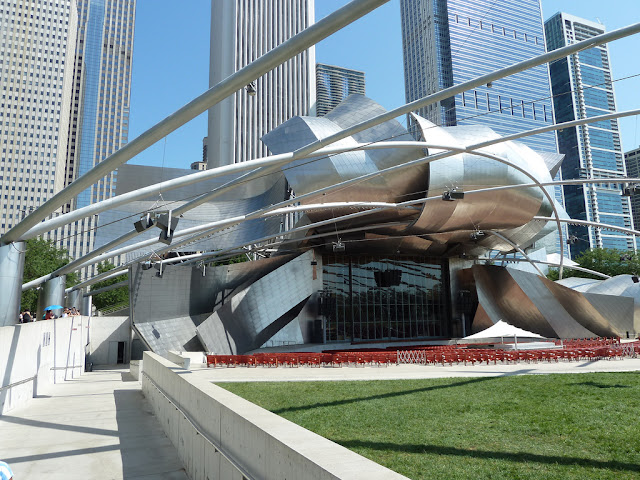 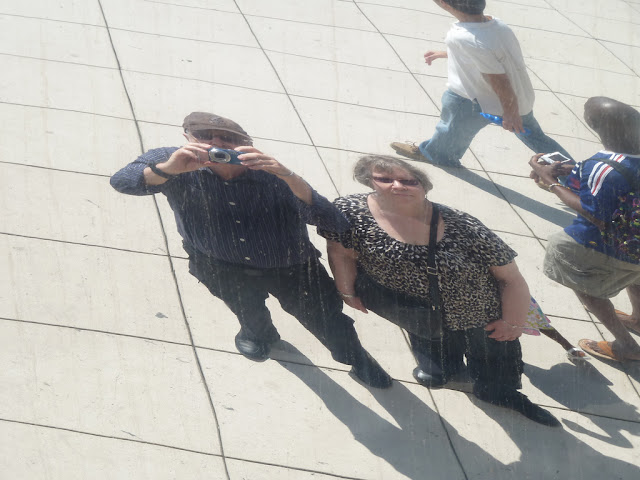 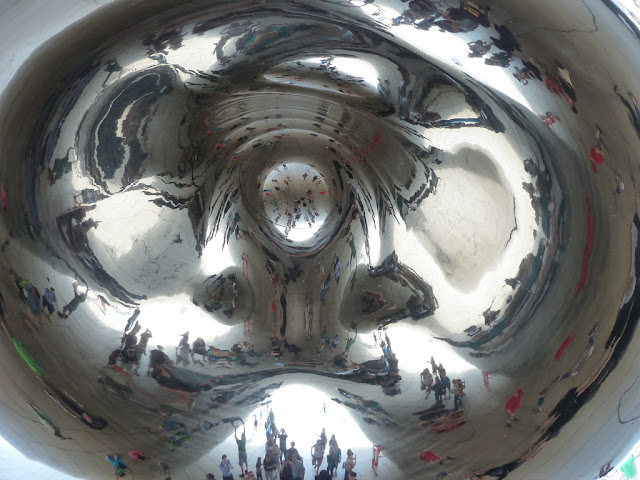 We took the L to the wedding and whiled away the time until the reception in a pub near the Merchandise Mart station.  The reception was held in the Millennium Club on the 66th floor of the Willis Tower.  I caused a minor problem with the security guard by presenting him with my passport as photo id.  I don't think he had seen one before.  There were, of course, excellent, but misty, views from this level. 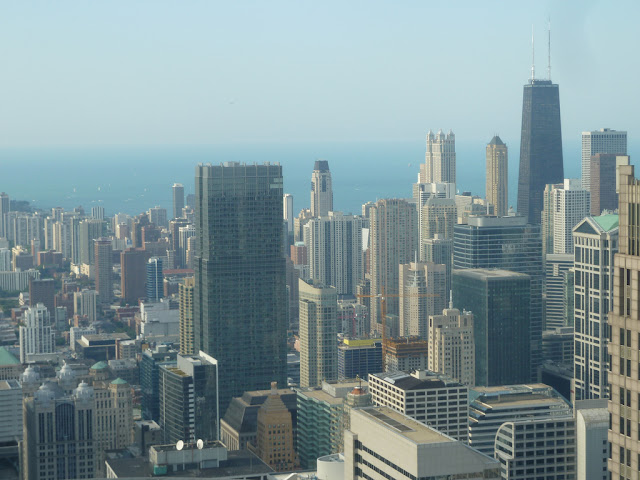 The reception was a lot of fun and the food was excellent - the steak was so tender it could be cut with a fork.  Unfortunately the sound was so loud as to make conversation difficult.  It was good to see Veronica and Marcus, now living in Washington DC, whose wedding we attended in Sebersdorf, Austria last year.
Posted by Colin Churcher at 10:57 AM